We would like to discuss with you the very important topic that is blockchain. Not only is it vital to our project but also it has changed the way we do business worldwide. Everyone should, we believe, have at least some basic knowledge of cryptocurrencies and blockchain tech in general, especially entrepreneurs and investors.

Cryptocurrencies have gained this much popularity not only due to the pros of blockchain tech, but also as a product of the ideology that comes with it, which fully adheres to today’s rising demand for anonymity, security and privacy both on the Internet and off it.

Blockchain tech has changed the way we do business by allowing customers to cut out the middleman in numerous crucial services, reducing the costs and increasing efficiency. Blockchain tech has the potential to reduce poverty all around the world.

What about security? To be more specific, can blockchain tech ensure the privacy of both information and funds?

To answer that question let’s first look at what blockchain is.

Blockchain is probably best explained as a decentralized ledger that can totally remove the costs by also removing middleman such as banks and effectively decentralizing trust between users. The technology adds entries to the decentralized ledger which are then confirmed by the community rather than by one central entity.
Each block on the blockchain represents one transaction and they are linked by the chain, hence the name blockchain.
So now that we know what blockchain is, is it totally secure?

Of course, blockchain like any other network can be “hacked”, but the technical ability, computing power plus very large costs which would make it necessary to hack make it close to impossible. Because of that, blockchain is considered as the safest way to conduct business today.

Our InoCoin Platform is built on top of the Ethereum blockchain. Because of that, we find it important to mention some key information about the blockchain itself.

User build DApps( which is an abbreviation of the term Decentralized Applications ) on the Ethereum blockchain, thus utilizing all the benefits the blockchain provides
The knowledge provided in this article is meant to help our users in understanding as to why exactly do we use blockchain technology and how it benefits both them and us as service providers.

In the financial industry, blockchain technology enables quicker trade settlement, or in our case quicker investments. There is no need for added confirmation and proof, as it is all on the blockchain for everyone to see. Everything is recorded publicly on the ledger, so anyone can confirm that there is no manipulation, providing transparency of all transactions.

We also realize how valuable everyone’s time is these days, so we believe there is no need for you to be waiting on confirming transactions with middleman. Transaction times are greatly lowered because of blockchain tech and provide our users an added benefit of using our platform vs other, more traditional crowdfunding platforms.

In addition to lowering the transaction times, blockchain allows peer-to-peer and business-to-business transactions to be completed without the middleman, which is often the banks. That greatly reduces the costs for our users and us at the same time.

Well we hope this article improved your knowledge of blockchain tech and also provided you with an insight into our thought process when choosing it as a platform for our business. From everyone here at InoCoin, have a great day and never stop learning. 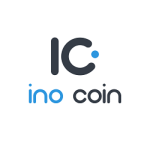 Ino is listed on @Bilaxy_exchange !

Reply on TwitterRetweet on TwitterLike on Twitter1Twitter
Load More...
wpDiscuz